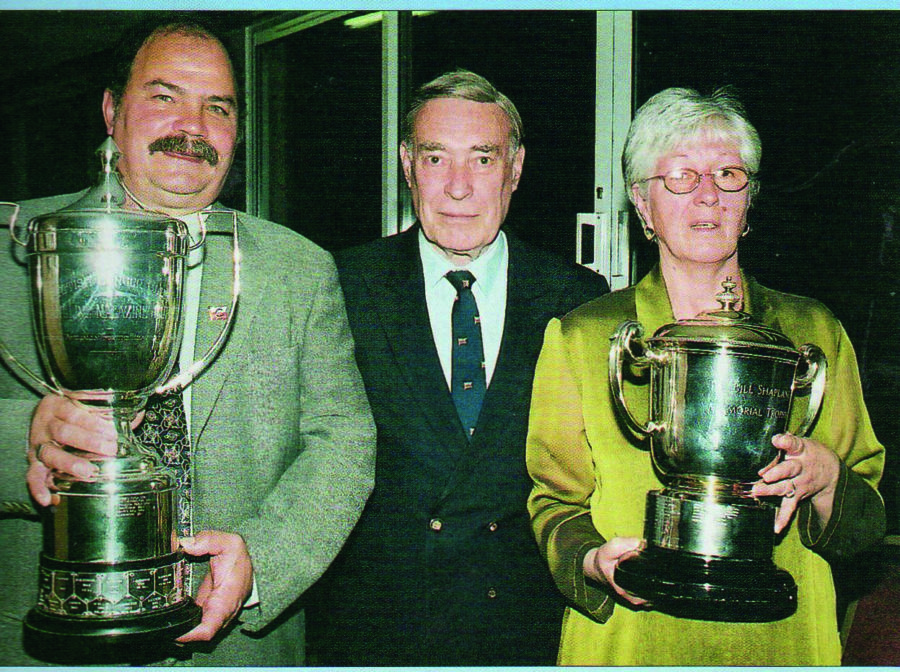 As the British Conger Club celebrates its 60th anniversary MIKE MILLMAN tells the inside story of the club’s founding, its many initiatives, and the heyday of its membership

Some time ago in an article I dubbed the conger ‘mean, moody, and magnificent’ – a fair summing up for a fish that has a touch of mystery about it.

Add its ability to swim backwards almost as well as forward, that it has been caught commercially in UK waters to over 200lb, and that huge fish of almost 70lb are available within easy sight of the shore.

Some of this must have been in the mind of sea angler Mike Connell who served in Bomber Command during the war. He also big game fished around the world.

In the 1960s Mike put to the test whether a specialist club exclusively for conger enthusiasts would be successful and solicited the opinions of anglers he knew well who were based on the English Channel coast.

He came to a committee meeting of the Plymouth Sea Anglers Club which at that time had 300 members. Among others its secretary, Len Hobbs, and I (who held the records officer role at the time) were enthusiastic supporters.

Both of us were eventually elected to the BCC presidency many years apart.

Sometime after that scoping exercise a meeting was convened in Littlehampton and in January 1962 the club was formed.

Among those present were Mike and his wife Daphne, charter skipper Dutton Everington and his wife Paula (herself no slouch with a conger rod) and angling writer Alan Wrangles.

Diminutive Hetty Eathorne of shark fame, who also had a 70lb conger to her credit, was invited to take the presidency and was pleased to accept.

In its first year 58 anglers signed up and, amazingly, 30 years on, the figure would top 2000 and have members based in Holland, Belgium, Germany, Sweden, Denmark and Gibraltar.

The first competition to be organised was a British Conger Championship won by E.J. Zimmerman who had an eel of 26lb 14oz off a Littlehampton reef.

The first eight Championships were open to all comers but as the membership soared it became necessary to make it a British Conger Club Championship for members only with fishing from six ports between Newhaven and Falmouth.

For several years it was run on the basis of heats, the winners going forward to a final.

The heaviest fish to win the title weighed 82lb 2oz and was caught off Plymouth.  An affiliated club system was soon in place and would ultimately achieve an amazing total of ninety clubs.

The affiliated Club Championships proved very popular and teams of four fished from a nominated port. Time has since taken its toll and many clubs have now left the scene.

Another very competitive event has been for the Solitaire Cup awarded for the biggest fish in the year taken completely unaided.

Great feats of co-ordination have been displayed, none more so than by Alan Tibbs who has won twice with eels of 107lb and 101lb, both caught from his own boat Waypoint 1 off Dungeness and Dymchurch in Kent.

Brian Haigh of Leeds has the credit of the biggest eel in the Members Championship. Caught off Plymouth it weighed 82lb 2oz

A two-man team inter-port competition in which only one nominated date to fish is allowed, the only exception being bad weather, has been well supported.

During its 60 years the club has assisted in the claiming of 10 British Records. The one it missed out on was the first 100lb fish taken at the wreck of the Flying Enterprise.

An American freighter at the centre of a sea drama over the Christmas of 1951 that began 400 miles off Ireland. Great efforts were made to tow her to safety but she sank 42 miles south-east of Falmouth.

When the wreck was discovered amazing catches of ling, conger, pollack and cod were made.

The undisclosed conger weighed 102lb 8oz and was hustled to London where apparently it was hidden away until pictures appeared exclusively in a weekly angling newspaper.

The fish’s captor, Rob Thompson, was a member of London’s Britannia SAC on a 36-hour trip aboard the Mevagissey boat Karen Jane and on that day a staggering 4,528lb of fish was registered.

So great was competition for food on the wreck the record conger took a pirk!

In 1995 Brixham’s Vic Evans caught his record conger of 133lb 4oz at a wreck no more than 11 miles from Brixham Harbour. On the day he caught the eel had two lads on board who had booked via Vic’s kiosk on Brixham quay.

Both were relatively inexperienced so he had to take the responsibility of gaffing the huge fish with only minimum and nervous assistance.  The capture of the giant eel was the fulfilment of Vic’s long held ambition.

He firmly believed that an eel he hooked and played for 30 minutes three years before was much bigger than his record fish and possibly closing on 170lb. 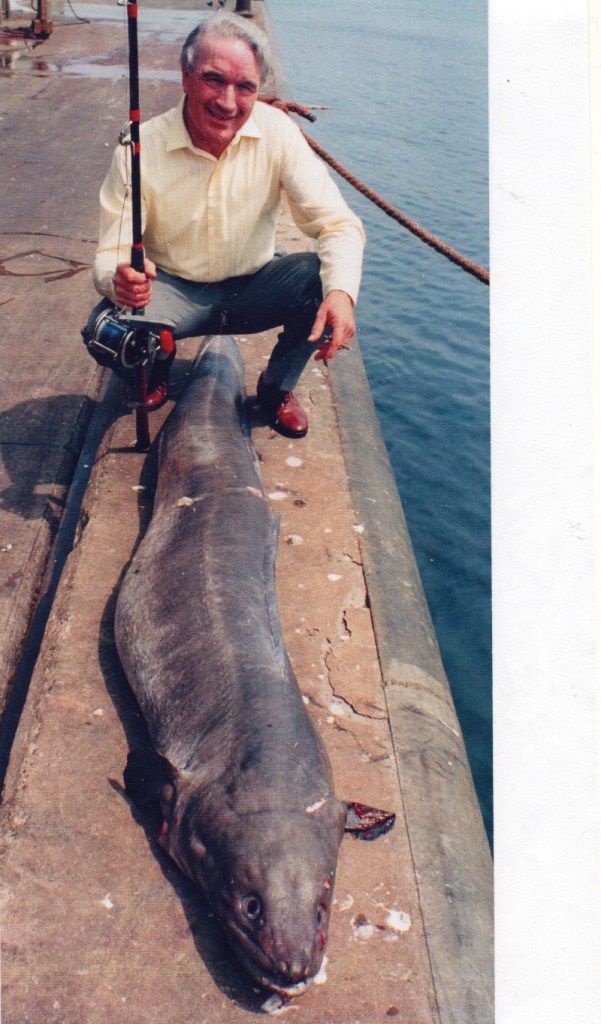 He lost count of the number of line stripping dives it made and it was only a matter of 30 feet to the surface when it was lost.  His record fish was set up, the cost being met by Brixham SAC, and was unveiled at its headquarters by the Mayor of Torbay.

Two years later the International Game Fish Association, which was in the process of fitting out the Hall of Fame at its brand-new Headquarters at Dania Beach in Florida, asked the Conger Club if it would provide a replica for the display of record fish.

The club agreed and the huge protective case containing the eel was flown to America. The replica was hung from the ceiling with other displays above a brass floor plaque giving all the details.

Thoughtfully on two occasions the club seated me at the table under the conger at presentation dinners.

Over the years the Conger Club has become very conservation minded and encourages catch and release. It begs the question: What if a member caught what was obviously a contender for Evans’ record?

Will he return the fish or, as the British Rod Caught Fish Committee demands, bring it to land for weighing on accredited scales? The skipper of the boat involved may also have a view as such a fish would attract huge and valuable publicity.