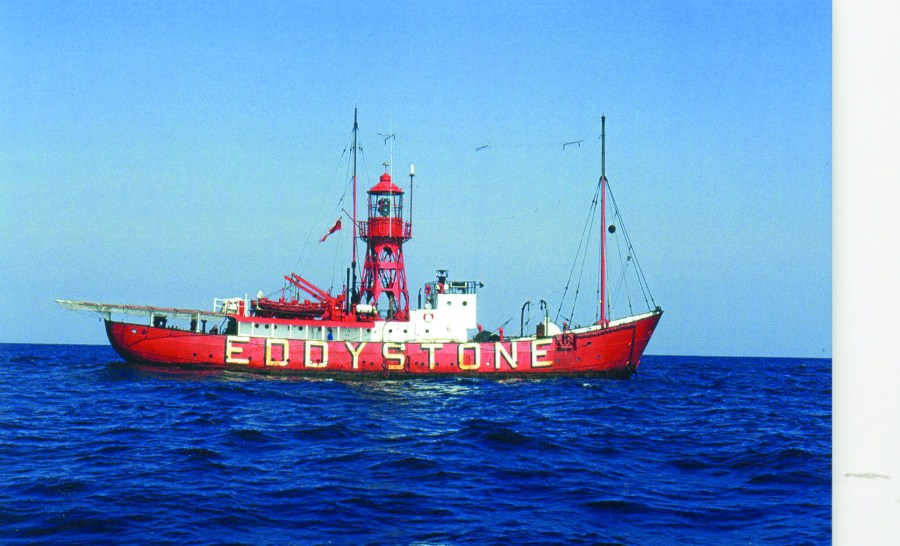 Mike Millman chronicles the history of fishing on one of the UK’s most unique reefs A sight you may never see again.

By the turn of 1900 sea angling with rod and line had become a major recreational pastime with its stronghold being the fishing towns and coastline along the English Channel. Seven years earlier the British Sea Anglers’ Society had been formed and had its headquarters in London’s Fetter Lane off Fleet Street.

The membership was principally drawn from the better off and outright wealthy and it had great flair. Angling writers of the time including Frederick Aflalo, who was its founder, and F.D. Holcombe, who between 1900 and 1925 was its secretary.

During a visit to England in 1912 Charles Frederick Holder, who had founded the Catalina Tuna Club, addressed the Society members and the following year said in his mammoth book, Game Fishes of the World, that the BSAS had international fame and was the most complete and well organised in the world.

To say the Society was successful is a gross understatement and had it not been for Adolph Hitler and the Blitz on London, when the premises were destroyed, it would probably have still survived to this day.

In 1925 The Great Western Railway, mindful that its network covered many of the West country coastal towns and those of Wales, published its excellent Around the Coast with Rod and Line in which it stated that the Eddystone Reef was like no other and ‘Where the wants of all classes of boat anglers are met’.

The Eddystone’s first fish of exceptional note was a conger eel of 89lb caught in 1936 on the west side of the reef by a Greek banker called Yanny Jordanopulo who was a regular visitor to Looe in south east Cornwall for boat fishing from Chid Hoskings’ boat, Alert.

It was to remain the biggest until 1970 when the ‘wrecking age’ with electronics had begun. The fish was brought back to the port of Looe and weighed before many witnesses waiting eagerly at the quayside.

In the 1960s Chid’s son, Frank, opened a tackle shop on the town’s East Quay and an enlarged version of the picture took centre stage in one of the windows. The next fish to make headlines was a mackerel of 5lb 6 ½oz taken in 1969 by Steven Beazley who was just 12 years old and on the day was fishing from the family boat.

Two years later Norwich-based market trader Joyce Yallop was bottom fishing from Alan Dingle’s Lady Betty when they spotted what was thought to be a big basking shark – it was actually a big mako and shark gear was swiftly put together. 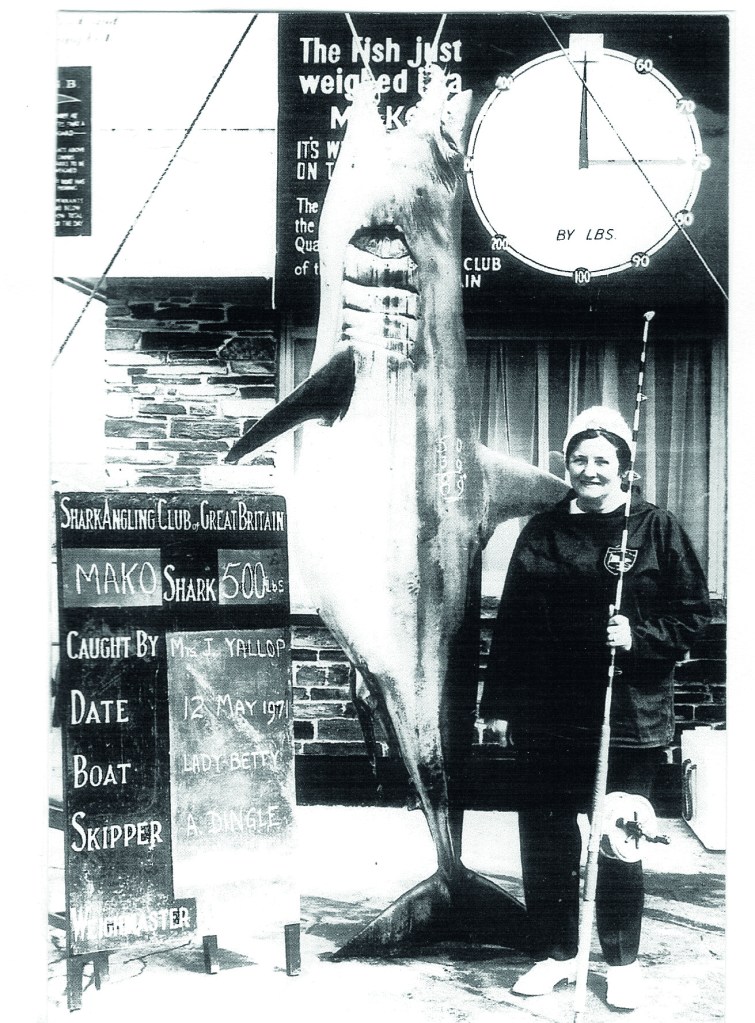 A split mackerel on a 12/0 hook was taken within a minute of being offered and so began a two hour thirty-five minute battle during which the fish tried to ram the boat. It was a battered Joyce and her shark who later than evening had a photo-call at the Shark Club HQ on the East quay.

In 1975 rod and line bass professional, Roy Slater, set a new record with a fish of 18lb 6oz and in 1981 Mike Goodacre, who ran the local pub in Millbrook, set a new record for ballan wrasse with an absurd fish of 9lb 6oz.

In the 1970s a group were baffled by a mysterious fish which unfortunately was lost at the gunwale. When they described it to me that evening back at the Barbican mooring I knew it was an example of the extremely rare Banks Oar, a member of the ribbon fish family of which the very much smaller version known as the redband is common is south east Cornwall’s Whitsand Bay.

Although the reef is vast there are four areas that are highly favoured by anglers. Not far off the north side of the lighthouse is a channel known as The Gully noted for bass taken by drifting through it with either an artificial eel or a live launce.

It was here that Slater caught the record bass and Goodacre the wrasse. Gully specialist George Shapter took hundreds of sizeable fish from it and told the story of a very big mako that hung about for days at the end of the run and pinched many of the bass he was playing.

It was in 1970 that Nor Rocker skipper Dave Elworthy discovered a giant pinnacle of rock rising high out of deep water flanked by two others of lesser size, some way south of the lighthouse. So many fine pollack were taken there I dubbed it Pollack Peak.

The fish are usually in the lee of the peak depending on which way the tide is flowing. Drifting it is far more productive than fishing at anchor and the mark is almost as good for specimens now as ever it was.

To find the pinnacle with only the aid of a sounder, run south past the reef for about two miles then keep the stump of Smeaton’s Tower hidden behind the present lighthouse and continue south until the mine stack tower on Cornwall’s Kit Hill seems to be sitting on top of the lighthouse.

The pinnacle will be close by. The North-East Rock is a great conger mark where the eels will feed in daylight. But when the light goes until about 01:00am you get most of the action. This area of the ‘stone out-fishes all others by a massive margin.

An aggregate of 300lb-plus by two anglers in five hours says a great deal about the mark. Eels of 50lb have been caught and 40lb fish are reasonably common. Keep the terminal tackle simple – a wire or heavy mono trace to a 9/0 or 10/0 hook with an offset point.

Connect the weight to a swivel placed on the reel line and stopped off with a bead. Use a 30lb class rod and a multiplier without a level line facility to complete the set up. If you are lucky to catch any, although it has become more difficult these days, a flapper mackerel makes a deadly bait.

However, its best to be on the safe side and bring squid with you. A ridge running for some distance at the north west side of the reef is where you will find launce, easily caught with feathers.

It is essential to keep them alive in either a courge secured to the gunwale or in a bait well with an air pump; be sure to change the water frequently. A visit to the reef is not to be undertaken lightly as the weather can change quickly so you need the wind forecast to be not more than force two.

Pushing three is asking for trouble so taking a risk is not an option. The nearest point of land, which is south east Cornwall’s Rame Head, is nine miles to the centre of the reef. It’s 8.5 miles to the Gully and the North East Rock and 12 to the South Reef.

The total distance from Plymouth Barbican is 14 miles and 16 from Looe.