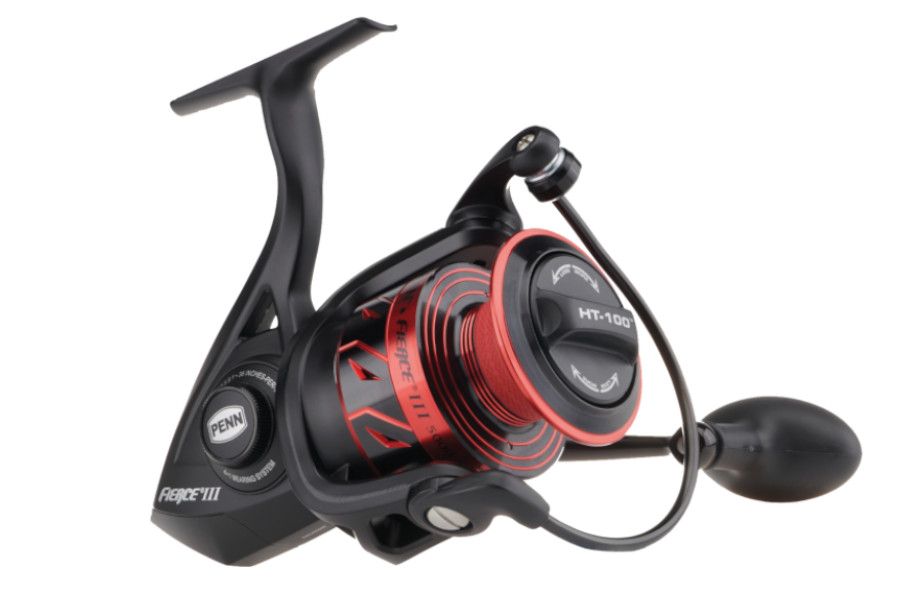 Ballan wrasse are the ideal holiday target fish being readily available from breakwaters, piers, and rock ledges in the more popular tourism areas such the south and southwest of England, most of the Welsh coast, the Scottish coast, and virtually the whole of Ireland.

9 to 10ft spinning rods rated to cast 2 to 3oz will handle most pier and breakwater general wrasse fishing using either float tackle or ledger tactics.

The same gear will suffice off the rock ledges, but if the fish potentially go over 4lb then a bass rod rated to 4oz, or the compact for travelling 3-piece Shakespeare XT MPV has more power available to play out a big wrasse.

Ballan wrasse are one of a few fish that need to be really bullied from the off to avoid them reaching snags. 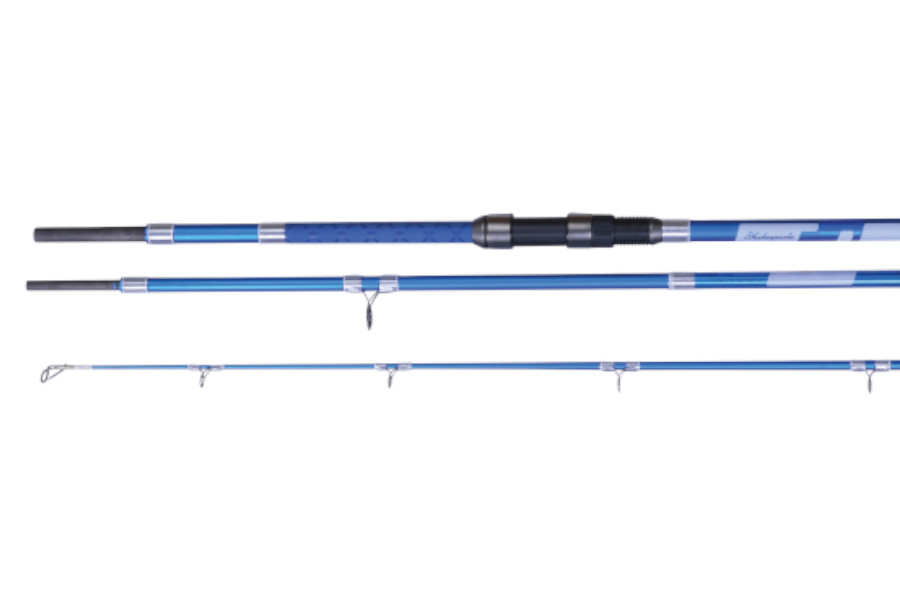 Fixed spool reels are the only choice. 4000 sized reels go well with the spinning rods, but for the bass and MPV rods choose a 5000 to 5500 size.

These can be loaded with heavier breaking strain lines and have the strength in the gearing and mechanics to combat the sheer power of a big wrasse diving for cover.

Reels also need to have drags that can be locked up as it’s important not to give a diving wrasse line, or at least as little as possible, during the fight.

Hooks need to be stronger Viking type patterns in size 1/0 to 2/0 for average sized wrasse but go up to 3/0 or 4/0 for bigger wrasse.

Check the hook point and resharpen constantly as wrasse have bony mouths and getting the hook to fully penetrate is key to catching. Wrasse have good eyesight, so use bronzed hooks not bright finished nickel hooks which can put wrasse off in clear sunlit seas.

For the 4000 sized reels load with 20lb braid for general float fishing. It’s wise to still add a short 20lb fluorocarbon leader as this will withstand contact with rocks better than a braid will when amongst snags.

For the bigger 5000 sized reels, load with 30lb braid. This sounds heavy but is the best choice when targeting big rock ledge wrasse.

Add a 30lb fluorocarbon leader if the fish seem shy of the braid which can happen in clear relatively shallow water. Lines in brown and green also tend to match well with the surrounding terrain. Avoid bright coloured braids. 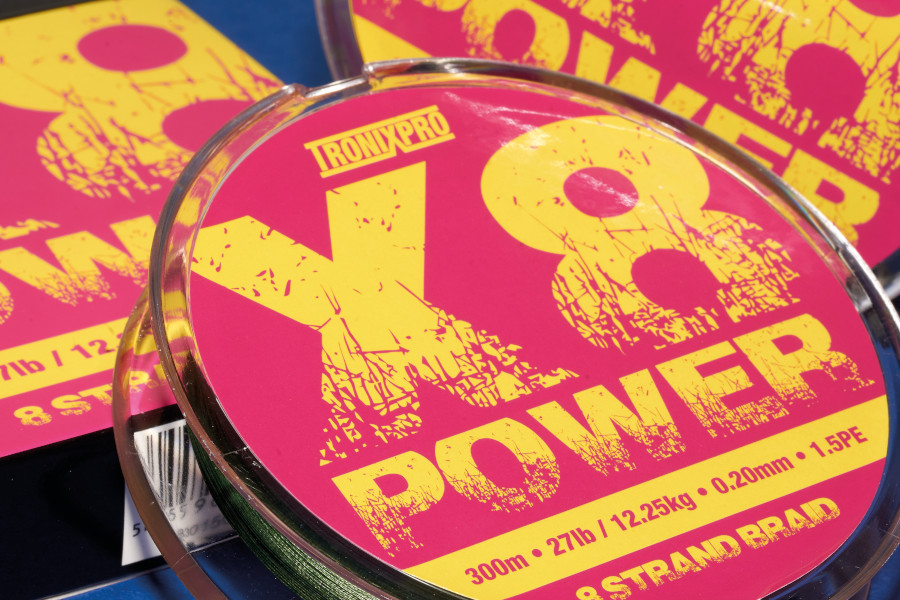 Lug and rag baits will take wrasse but tend to pick out the smaller fish generally. Bigger wrasse feed mainly on crab, so chunks of peeler crab, or even just a normal hardback with the hook passed through the back edge in the middle with the hook point well clear will give good presentation.

If you’re getting bites but not hooking the fish, use a smaller crab and leave the legs on one side binding these up the shank of the hook with bait elastic. This forces the wrasse to take at the hook end and gets you more fish.

Bait elastic generally stops the wrasse from ripping the bait off the hook easily and improves hook ups.

This lighter 15lb line will break well before the hook length and main line if the lead weight gets snagged in rocks saving tackle and fish. Hold the rod and feel for bites which will be a single tap then the rod tip being wrenched down!

Use the lightest lead weights you can as they snag less. Often an ounce is enough as you are just dropping down between breakwater boulders or straight down off rock ledges.

Only used old leads, not bright new leads as again the shine can put wrasse off. Old nuts and bolts and even spark plugs work well as cheap alternative weights.

Tapered cigar shaped floats rated from 12g to 35g are ideal. Smaller floats are fine around man-made structure but use the bigger 35g/56g floats off the breakwaters and rock ledges in deeper water.

Rig them by sliding a 5mm bead up the main line, slide on the float, then a ball-weight of the right weight size for the float and another bead. To the end of the line tie on a size 2 swivel. Add an 18-inch 20lb fluorocarbon hook length to the end of the swivel and complete with the hook.

Above the top bead onto the main line, using a short section of mono line, tie on a 5-turn Grinner knot to form a sliding stop knot to allow the floats height to be set for varied depth.

Having the bait just up off the bottom or working a few feet up along a rock ledge is a good starting point but keep adjusting the bait and float depth until you find the fish. 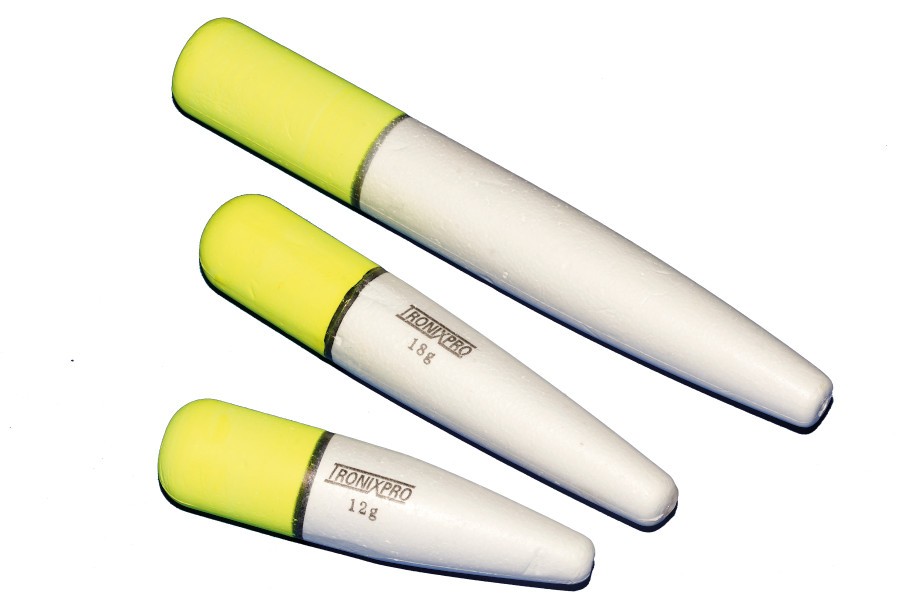