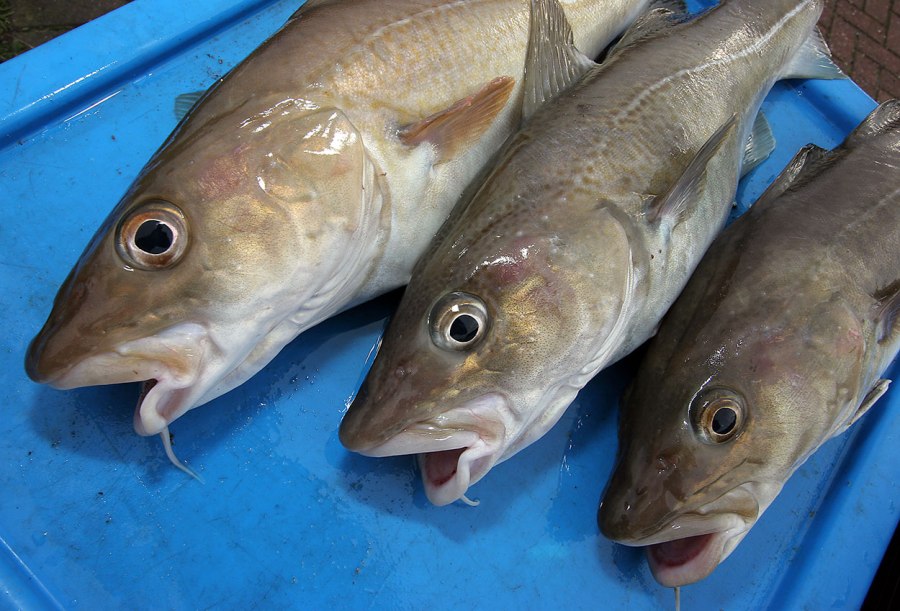 The cod is one of Britain’s most sought-after sea fish, especially throughout the winter months. As we all know, it makes for great eating, whether filleted and battered, or baked into a pie, it’s really delicious.

The average cod that is caught from the British shores during the winter will be around the 5-15lb, but they have been known to reach weights in excess of 100lb from other continents.

Cod much prefer cold water, so in the summer they will move into the deeps well out to sea. Here you could catch them over wrecks and the likes. But during winter the shoaling cod will move in to the shore, where they can be caught on beach casting gear.

Although cod can be caught from the whole of the British Isle’s shoreline, they are far more abundant off the shores of Scotland than in the south, purely due to the water temperature. Cod do tend to migrate southwards in the winter to feed, where they can be caught quite readily from the shores around East Anglia and even in the Channel.

During the spring the cod migrate northwards again, back into the colder waters around Scotland.

The cod has a fairly thick-set body with a large head and large mouth that is lined with hundreds of fine teeth.

The upper lip protrudes over the lower lip, which features a single and fairly long barbule.

The lateral line is quite pronounced and curved. It starts above the gill flaps, wraps over the main pectoral fins (cod have a secondary pair of much smaller pectoral fins), and then curves down to run along the remaining length of the body.

Colouration of the cod does vary according to the conditions around the fish. Generally, when the cod has been living over a sandy bottom, the cod will have quite dark brown. But if the cod have been feeding and living over rocks they will take on a reddish-brown colour. Generally though, the cod’s flanks are mottled and the underbelly is a creamy white.

Because cod travel and feed in quite tightly packed shoals, almost nothing passes them by. They will eat almost anything that shows itself to these fish. Their staple diet consists of worms, sprats, crustaceans, herrings and sand eels.

The best baits to tempt cod when fishing from the shore in winter are lugworm, ragworm, crab or strips of squid.

Cod are very prolific breeders – a typical female can lay between 3 and 6 million eggs! They are laid in specific spawning grounds that can be between 20 and 100m deep in the North Sea. Once the eggs are fertilised they rise to the surface and drift with the current in huge swarms.

Those eggs and larvae that survive predation by small fish and birds eventually drift into shallow water where they live as bottom feeders until the autumn. Here the young fish will feed upon copepods, while older codling will feed upon small crustaceans, worms, prawns and sand eels.