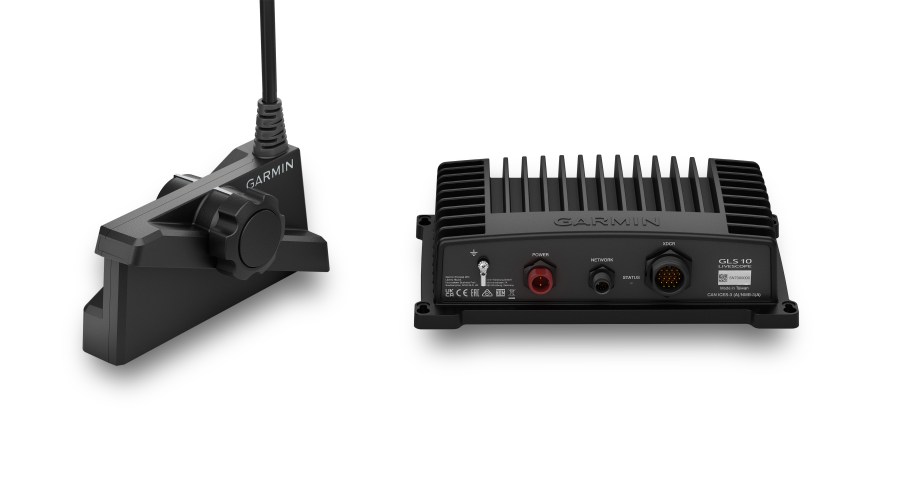 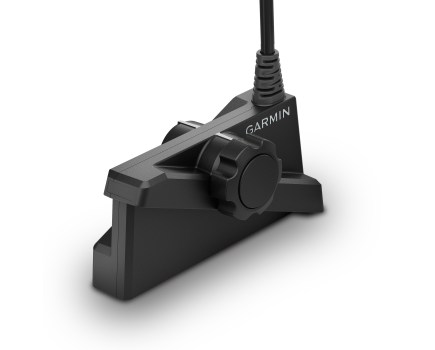 The new Panoptix LiveScope Plus comes with:

Real time views, clearer images and the ability to separate target species – David Mitchell takes a trip to the Solent to discover what Garmin’s new LiveScope Plus live scanning sonar system has to offer

This is a sponsored advertorial.

The best of the best just got better’, that’s the claim I was seeing on my social media from Garmin about their new LiveScope Plus live scanning sonar.

The footage accompanying this claim was very clearly the hull of a sunken ship with the railing of the deck clearly visible – an earily clear view of an old concrete barge, as it turned out, now home to bream.

bass, conger and plenty of other fish species that could be identified with a similar level of clarity. But how much better can this technology get? After all, boat anglers are blessed with a bewildering array of products and new technology that helps them to see below the water with ever more clarity.

Sea Angler was keen to find out. I didn’t need much convincing when the opportunity presented itself by fishing for a day with Dave Stenson on Dointhedo out of Gosport which is sponsored by SMG distribution and has the latest Garmin sonar technology on board.

Joining me was Dave Lewis, long-time boat angler and marine electronics user, eager to find out what Garmin’s new product has to offer.

I’ve been a Garmin user for a few years now and own an Echomap Plus which I use on my own boat out of north Kent where I fish. I’m also an experienced user of Garmin’s other products, such as car Sat Navs and the Navionics software and app that I find incredibly useful for fishing and navigation on the water.

Garmin’s experience designing electronics for mass market applications and other sports means, in my experience, their products are intuitive, designed with the customer in mind and the user experience is excellent. 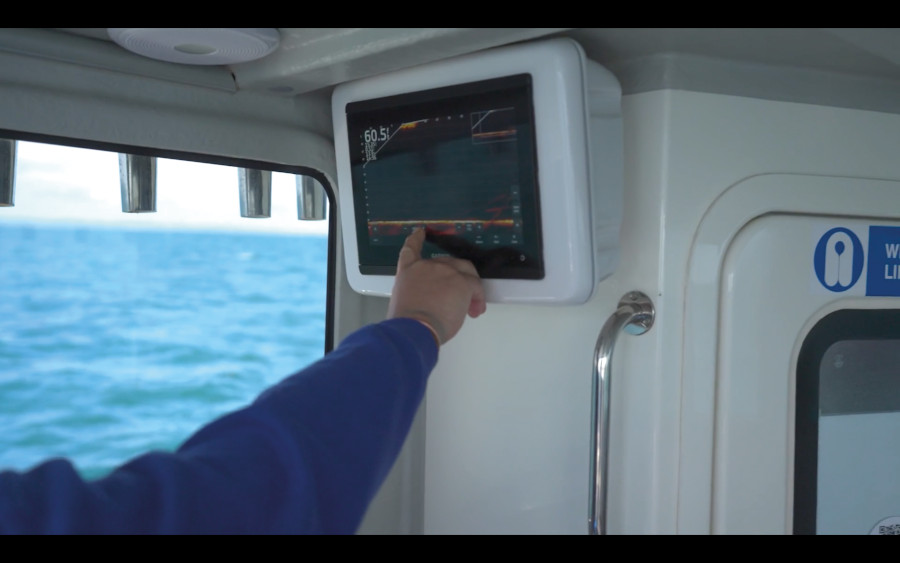 As we prepared to anchor over a wreck in the hope of finding some bass or black bream the first thing that struck me about the LiveScope is the fact that the images on the screen aboard Doing the do were broadcasting live images of what was under the boat, rather than images of what was under the boat some seconds ago due to the delay from the transponder.

What this means is that we were able to see and target fish in real time – something that is particularly useful when drifting and using lures. 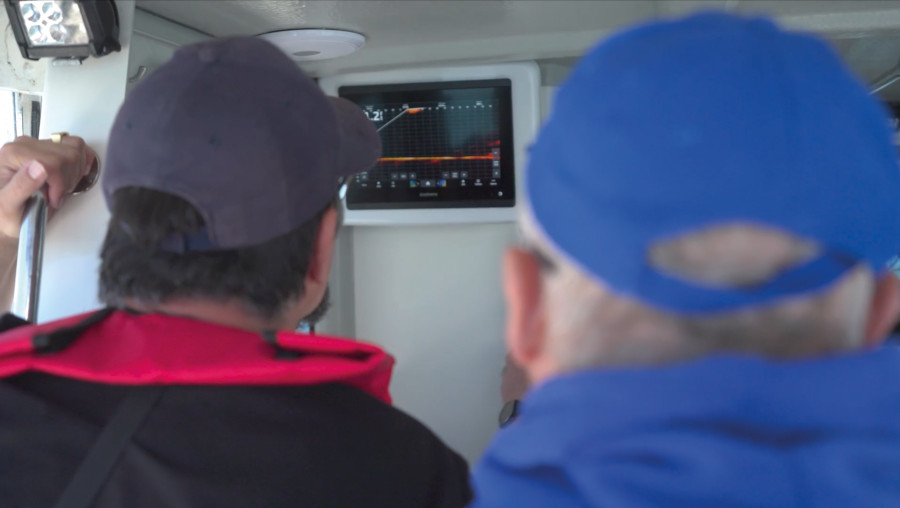 Getting a real time look of what’s below the surface!

The second thing that became apparent was just how clearly you could distinguish the fish, the size of fish and even the species of fish in good conditions with little interference.

As with the thresher I’d seen on social media, the ‘target separation’ of the system means you can not only identify the presence of fish under the boat in real time, but also their size and what species they are.

Combine these two benefits and you can begin to see how the system helps you to fish with more confidence by knowing the fish are there and knowing what species they are, which helps you target them more effectively.

Traditionally drifting a wreck is more of a case of hope than expectation. Not anymore! The LiveScope Plus system will tell you whether there’s anything there preventing you from wasting valuable fishing time, and fuel, by drifting over a barren wreck.

If fish are present and you can see from Livescope that the fish are turning away from your lure you know you can stop wasting time casting or repositioning the drift using the same lure. Change to something else until you find what they are tuned into that day.

As we repositioned over the wreck I was amazed at the clarity of the shape of the old concrete barge’s hull that appeared on the screen; even more so when the railings around the bow came into view so clearly.

However, the bass and bream had moved on and it was time to do the same as we knew there was nothing feeding below our feet. As the tide started to ebb we moved off the wreck and headed towards a patch of rough ground that the skipper, Dave, had in mind for some tope and smoothhounds.

Before long the tell-tale shape of a small shark was visible on the display and we watched in real time as what turned out to be a smoothhound of about 6lb was hooked and brought to the boat.

Dave was getting into the doggies too until we were both catching starry smoothhounds on strips of squid. I do love the power and endurance of hounds in this size bracket. I could happily catch them all day! 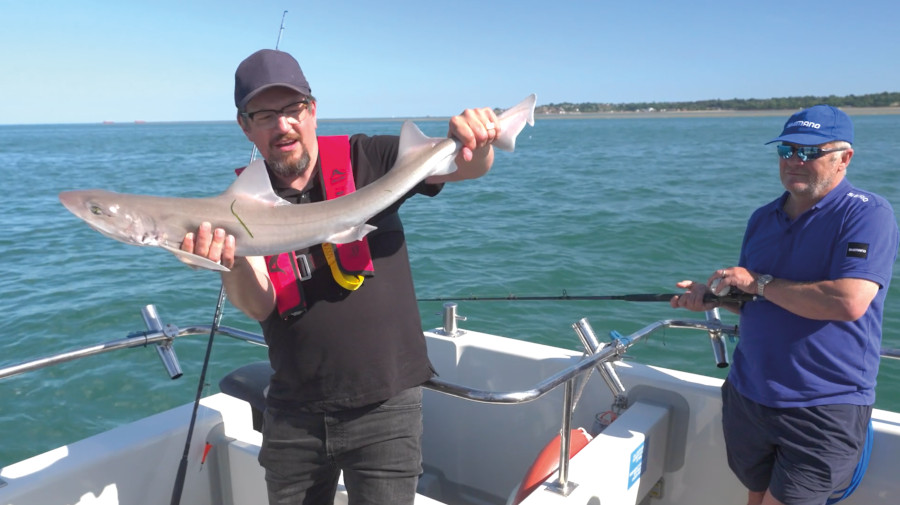 A nice hound for David!

Another feature of note of the LiveScope Plus is the option of three modes to fit the type of fishing: forward mode, down mode and perspective mode. Forward mode allows you to see in real time what’s in front of the boat – great for casting lures and drifting over reefs and wrecks that you are approaching.

Perspective and forward modes cry out to be used more effectively on small boats in shallow inshore waters over reefs or in estuaries where you may be stalking mullet, bass or gilthead bream and sight casting lures to them.

Back at the marina we were able to take a closer look at some of the day’s footage – the LiveScope Plus allows you to record what’s been captured and we discussed the merits of the system.

Is it right for me? This technology isn’t for everyone, but for many dedicated private boat anglers, and charter skippers, the LiveScope Plus provides high-definition real time sonar images that are unrivalled and provide the best possible technology to both find and catch target species of fish.

Ultimately, whether you own your own boat or pay to fish from a charter boat, the precious time and money this technology helps to save leads to more productive and more memorable days fishing which, after all, is what we are all hoping to achieve every time we go afloat.

So on that basis, yes; the best of the best has just got better. 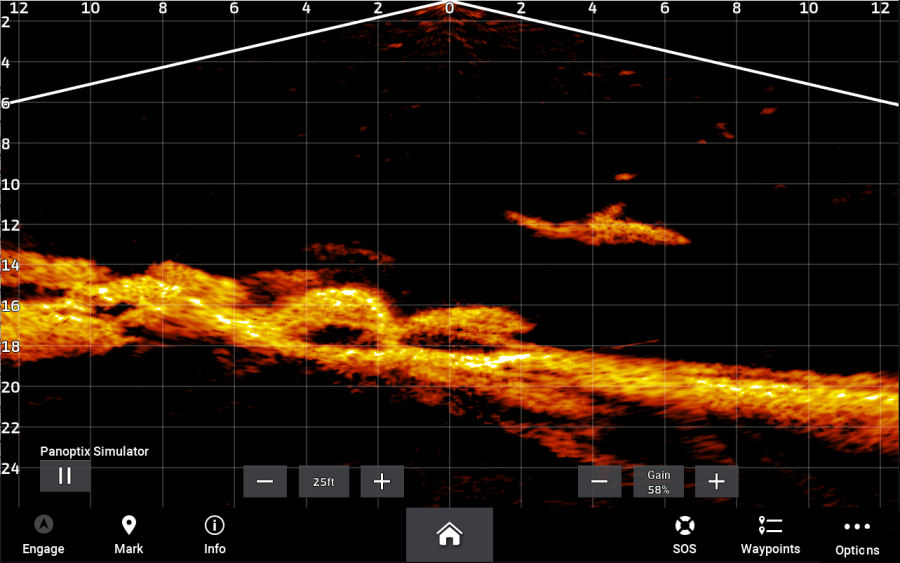