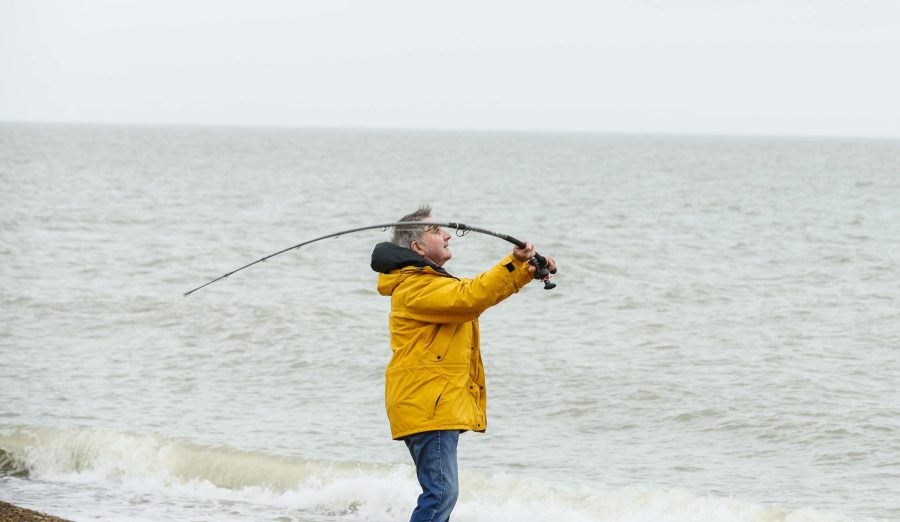 Do you lust after a capable workhorse, boasting custom quality? Then check out the latest Century Fireblade, says John Holden

Freshly minted from the North East is Century’s new Fireblade. It’s completely different from the original model and only the name remains, but the company regards it as a fine rod in its own right and reckons it offers anglers a stepping-stone to its popular top-end models.

For ease of explanation, think computers, think Apple. The Fireblade’s role is along the lines of an iPad. It handles everyday work beautifully, certainly better than most of its rivals, oozes class, yet is fairly affordable. By no means least, owning one makes you feel part of the Apple family.

Use it, love it, then if and when the time is right, upgrade to a Macbook or Mac Pro for massive, specialised performance. Or in Century terms, to an Excaliber, Tip Tornado or Kompressor.

With this in mind, I am tailoring this review for anglers of average skill who might lust after custom quality but are unsure which premium rod to choose or what benefits the upgrade might deliver. 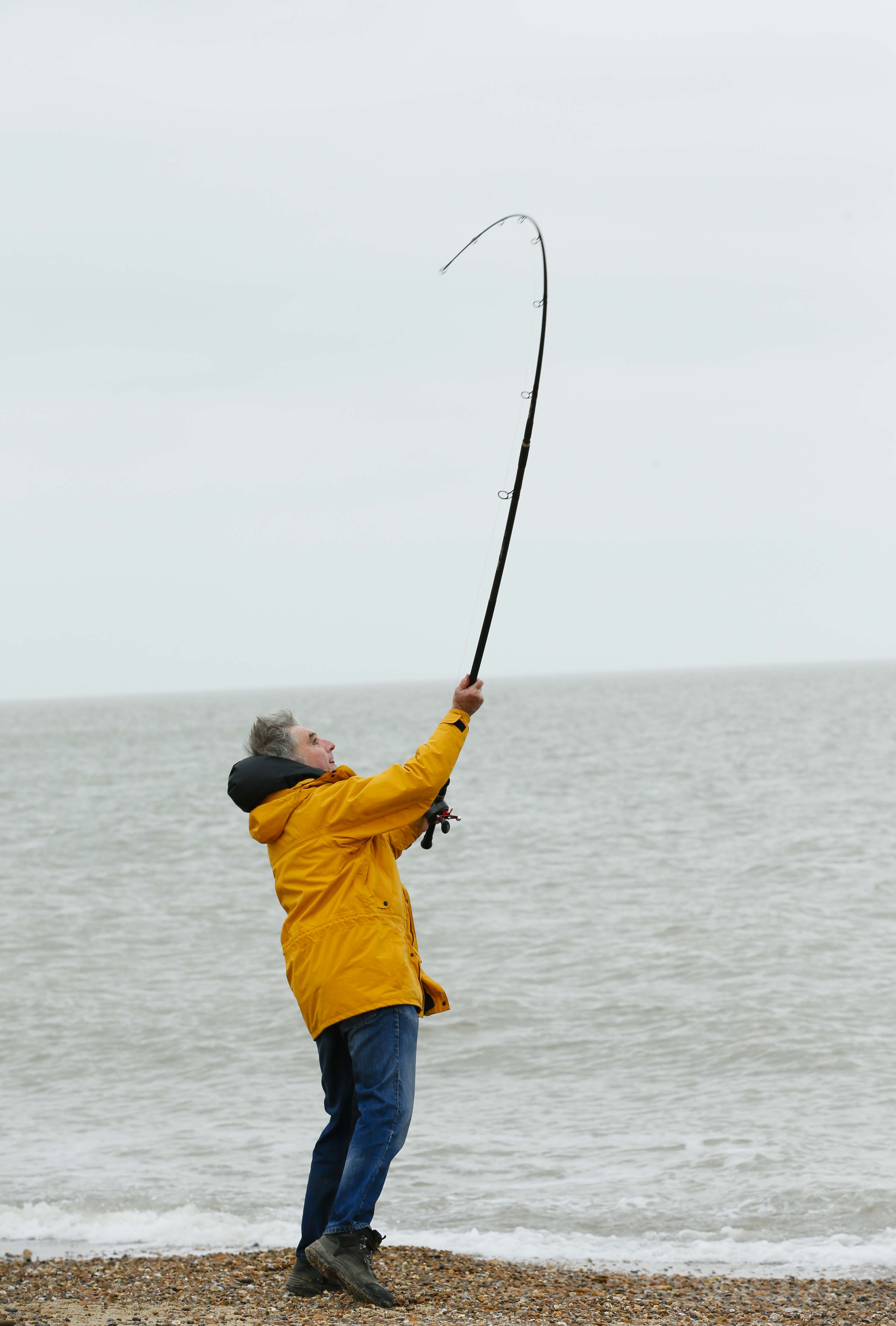 As with computers, nothing is more critical in a rod than its operating system, which in Century terms equates to high performance born of superior design, materials and engineering. I have tested many rods in the Fireblade’s price band: an excellent few, a so-so majority and some real junk.

Blindfolded, though, I would have known from the first cast that this rod came from one of maybe four manufacturers worldwide. I make no apologies for saying that I’m also delighted to see the Made in England sticker. For those who might not know, the company is based in Washington, Tyne & Wear.

The ease with which it does the business isn’t all that makes the Fireblade intriguing. Many mass-produced rods cast nicely, just as they make a decent job of picking up bites and cranking in whatever’s on the hook. The difference is that whether they’re aimed at beach or field work, top rods have a certain feel and character that goes way beyond their role as mere tools. To me, that comes across as an aura of serene precision.

As an all-round fishing rod for 150-170g rigs, the Fireblade ticks the right boxes. I fished it in calm conditions and rough, close in and far out, baits big and small. The tip sat nicely rested against the waves and currents. It indicated clearly when I hooked rays and whiting. The rod is lightweight and well balanced, gutsy yet docile. The Fireblade is at its best on smooth to fairly broken ground, but it is quite capable of dibbling about in an estuary or toughing it out in the rocks… to a point.

To enhance its versatility, it sports a long, virtually parallel handle, sliding reel seat and hybrid ringing. Use it with a multiplier or a fixed-spool reel, and set the reel high or low. It all works, though inevitably personal preferences mean that one or two combinations will suit you best. I like it reel down at the full 13ft, and at about 12ft 6in with the reel set high on the handle and my left hand holding well above the butt cap.

It didn’t tell me when a tiny rockling grabbed the worms, but I wouldn’t expect it to do that and I couldn’t care less anyway. When the experts pick holes in a Fireblade, they’ll aim for the stiffish tip. This is not a match grade tip, and it isn’t meant to be one. Like the rest of the rod, it is the capable workhorse that Century promised, and it deserves to be judged in that context.

Read next Understand your Beach Fishing Rod and Cast Further

Crafted from carbon and glass, the Century Fireblade is 13ft long, in two pieces with a push-in joint, with the blank’s top section left unground, and weighs approximately 750g. Recommended casting weight is 125-175g plus bait. A marine stainless-steel collar reinforces and protects the butt joint and rubber sleeves either side of the joint make for easy plugging in and separation.

The handle is covered with Japanese shrink rubber for a firm and comfortable grip, even in the wet. It tapers from 24mm diameter to 23mm along its 1200mm (about 47in) length, then the rod graduates down to 4mm diameter at the tip. The reel seat is a sliding/locking Fuji capped by moveable soft foam rings.

Neat whippings with high-build coating secure American Tackle Delta stainless steel, lined hybrid rings. Tip ring bore is 8mm, followed by seven side rings from 9mm bore to 25mm bore at the butt. The rings are sized and spaced for multipliers and fixed-spool reels. As usual, I’m measuring the ring bore, which may not be the same as the maker’s quoted ring size.

FIREBLADE ON THE FIELD

My guess is that most people who buy this rod will be reasonable casters already or working hard to learn. They’re sensible enough to know that sustained improvement depends on technique, practice and a rod that grows with you. The Fireblade would make a great companion on the journey, certainly up to the 205-metre mark and perhaps beyond. But this level of performance is mainly academic, so let’s focus on the real world. 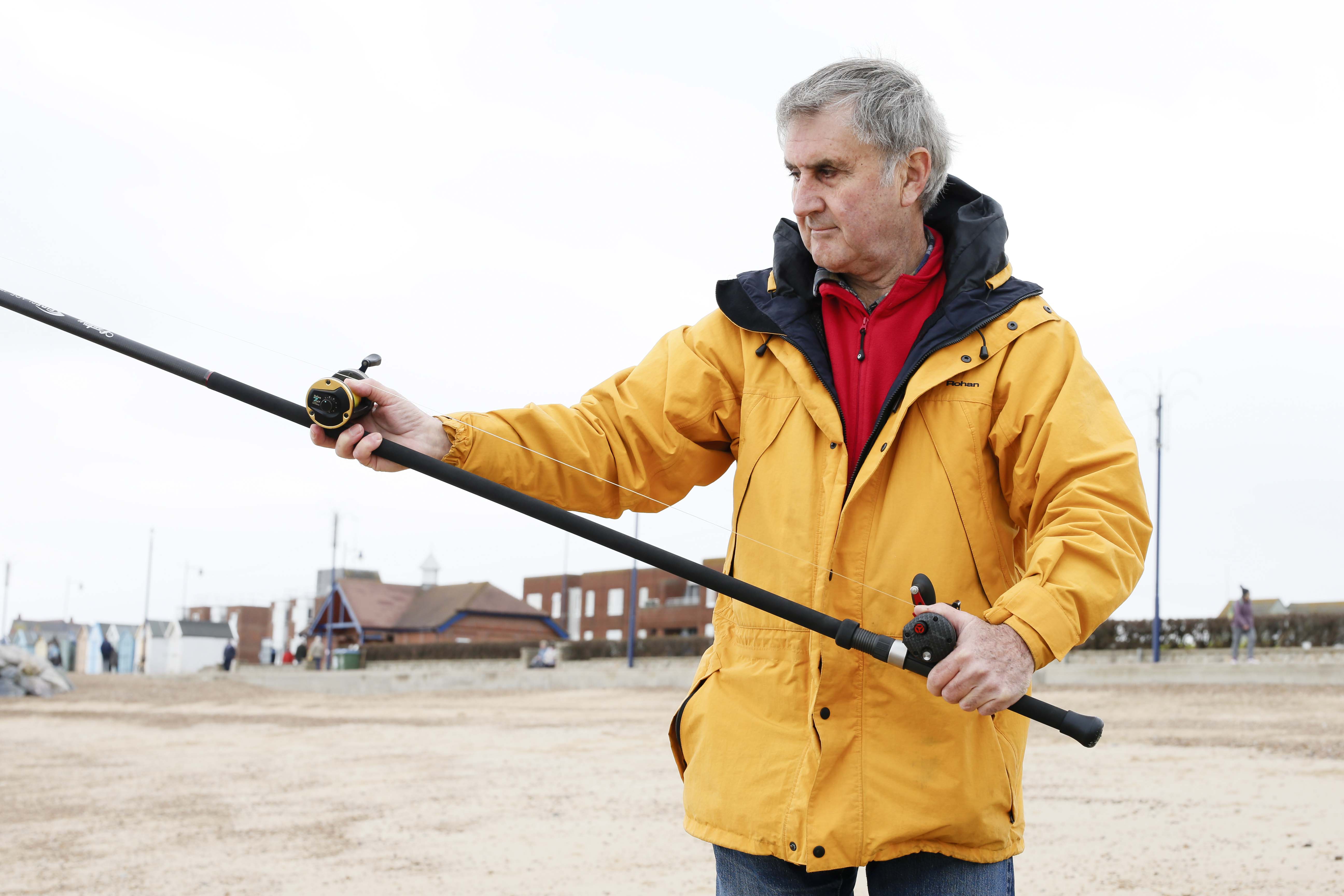 Suppose I am working on a solid style, either off-ground or pendulum, making steady progress and maybe taking a few lessons. I can average about 100 metres with 150g or 170g of lead weight. What would a Fireblade do for me right now, and what does it offer for the future?

At 100m, the Century Fireblade is working quite well despite kicking its heels. The key point is that even here the rod is helping, whereas so many will be against you. The first thing you notice is that the casting action feels different when pressure builds along the power arc, and especially when the rod unwinds to drive the cast into the sky. It is nice, and different in a way you can’t quite put your finger on at first. The lead weight is probably flying higher than usual and perhaps a few metres farther.

Response is even better as you improve into the 115-150m band where the Fireblade really gets into its stride. Relaxed cruising is another way to put it. Casters who stick at it can expect to achieve this sort of distance or even beyond. Say you get even better. Casts are flying past 160m, and you and the Fireblade are still in harmonious flow. It’s the best thing since sliced bread.

Every now and again you pull off a really long cast that makes the Fireblade a tad breathless, and a little demon in your brain says you need a better rod. You’ve developed caster’s disease, I’m afraid. You look at those wonderful high-performance Century rods, just as you did in the old days, and now you know exactly which model you need. In the interests of fair play, other brands are available.

What’s this feel thing all about? Rod blanks are not created equal, especially when it comes to carbon fibre and other high-tech materials. Saying a rod is made of carbon is as vague as saying that a table is made of wood. Wood ranges from chunks hacked from an old pallet to the burr walnut that graces a Rolls Royce dashboard. Carbon too comes in many forms and qualities, and on top of that engineering and design play a vital role in turning it into a fine rod.

To take one example of the difference between a so-so rod and a really good one. When a blank bends into its full working curve, the wall on the inside of the curve is under high compression while the opposite wall is stretched hard. This often prompts lesser rods to twist axially when they bend; a kind of corkscrewing. Huge stresses are involved and the blank doesn’t stay on track as it straightens. The rod bounces like Zebedee in ‘The Magic Roundabout’. Some soften or fall apart in a year or two.

A superior blank bends cleanly on a single plane with insignificant twisting. It compresses precisely, then delivers a highly efficient, straight, rapid and controllable burst of acceleration to drive the cast away. That surgical precision is why rods such as the Excaliber and Tip Tornado feel so much better and perform so well. The quality also means that they shrug off years of hard work. The Century Fireblade enjoys a similarly high standard of engineering and design, but in a less specialised form and without some of the exotic materials. Otherwise it is pure Century.

There is one other significant difference – the Century Fireblade costs just £259.