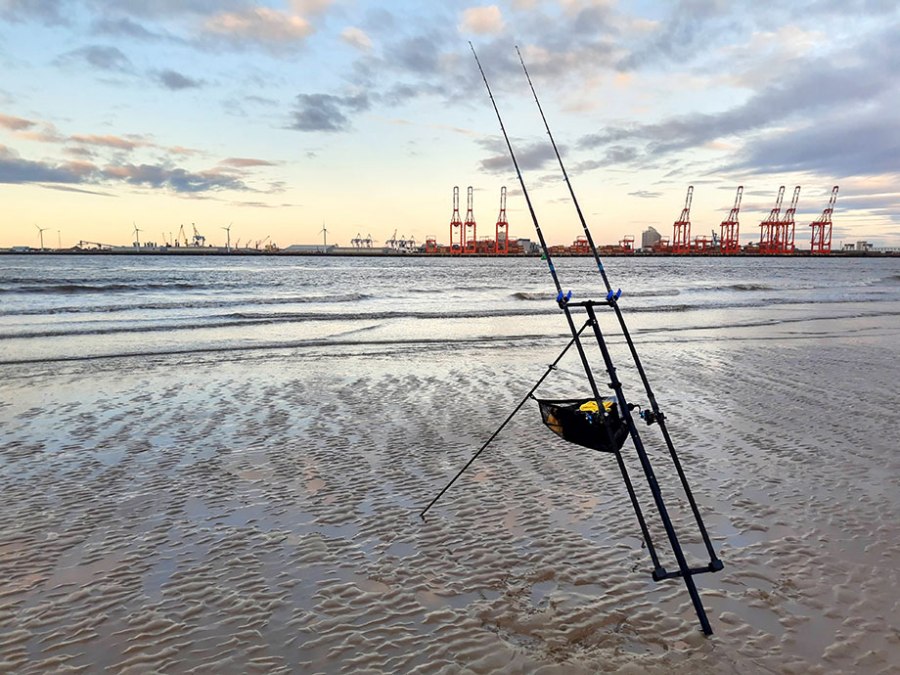 Decades of improvement works, including removing industrial and sewage discharges from the Mersey, has seen it to transformed into a flourishing fishery throughout the year.

Perch Rock is on the Wirral side of the estuary mouth where the silt-laden waters flow into the Irish Sea. It is an easy access low-water mark with fishing from a sandy beach into deep water with strong tidal flows producing a range of fish species. It produces consistent thornback ray fishing for most of the year, and can throw up a surprise. 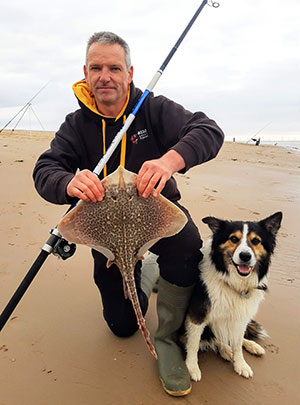 At the start of the year catches are mainly whiting and dabs with the occasional codling. The thornback fishing improves in early April, and these can be caught until December. The biggest (large females) are caught in September and October.

At the end of June through until August, smoothhounds move into the river from Liverpool Bay to feed heavily on crabs. These are replaced by dogfish around the end of August for several weeks. Whiting appear from the end of September along with predators such as congers and bull huss. Sometimes it can be difficult to get a bait past the whiting to target larger fish.

Dabs, present year round, can offer brisk sport at close range, and are supplemented by the occasional bonus plaice in the spring.

The mark is bounded by groynes at its west and east end. Anywhere along the stretch can produce fish. Many anglers head for the area opposite the Green Brazil Buoy marking the edge of the shipping lane. With fishing mainly on to sand, there tends to be more snags further upriver due to beds of mussels and outcrops of bedrock.

Perch Rock is a low-water mark with fishing typically three hours down to low and an hour into the flood. On the spring tides the fishing time into the early flood can be only 30 minutes due to speed of the flow. You can fish here on any size tides, but many target those of 8.3 metres-plus because it allows for shorter casts to reach deeper water.

Small species can be caught at close range but to get rays consistently usually requires a cast of 80 metres-plus. Sometimes fish will be caught throughout a session but, like many Mersey venues, the peak activity is around 90 minutes before low and around 30 minutes into the flood as the strong tidal currents ease. 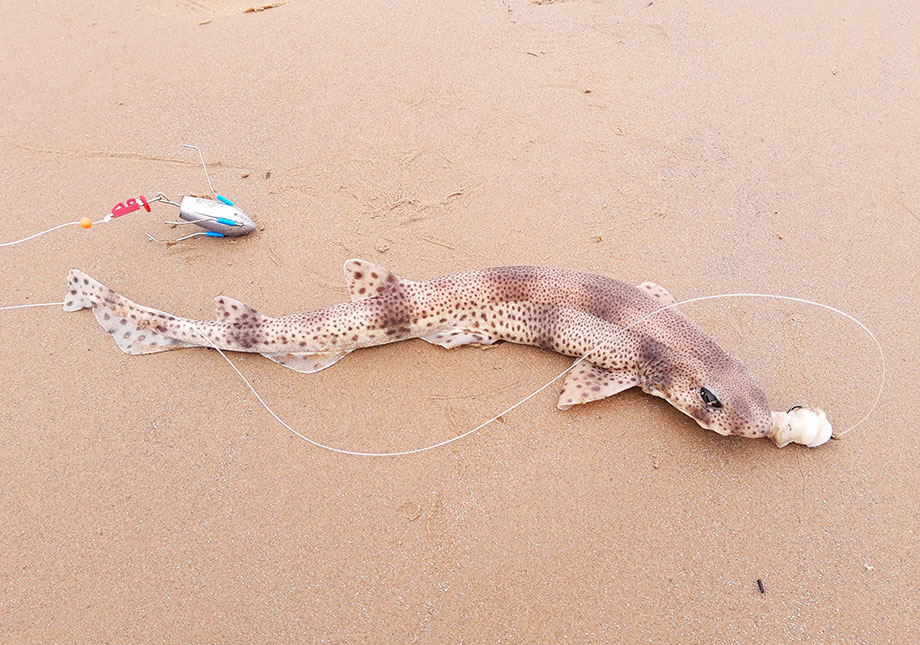 Standard beach tackle will suffice, but there is a need to account for the strong flows and the fact that any rays need to be hauled from channels and over sandbanks, which can put a lot of pressure on your gear.

During the ebb there is often a need to cast upstream and allow some slack line for grip leads to find a hold. It is wise to give plenty of space between you and adjacent anglers to avoid tangles in the strong tide.

Flapper rigs, often at close range, are a good tactic for whiting and dabs. Standard pulleys, pulley dropper or loop rigs are effective for rays and other species. The starting point is normally a six-ounce grip lead but you may need seven ounces on bigger tides.

Whiting and dabs fall to worm baits tipped with squid or mackerel. For the larger fish, such as rays, hounds and huss, use large baits to create a good scent trail in the coloured water. Crabs and squid work for the hounds, and any fish bait combined with squid on a Pennell rig is good for rays with bluey being particularly effective.

Leave the M53 at junction 1 taking the A554 to New Brighton. Drive along the promenade past the Marine Point Retail Park and straight on past the marine lake into Fort Perch Rock car park opposite the Floral Pavilion. Free parking (currently) is available in the car park at the eastern end of the lake. It gets busy on weekends and bank holidays. Walk down the left of the fort. At the corner is a small tarmac ramp down to the beach, with the lighthouse on the left. It’s a five-minute walk to the river, with the fishing on the sand between the two groynes.

A channel fills with water behind (from another that leads up to the lighthouse) but this only occurs after three hours into the flood which is long after any fishing should have finished after a low-water session. On bigger tides, unstable, soft small sand ledges are exposed along the edge and care needs to be taken around these, particularly given the adjacent deep water and strong tidal flows.